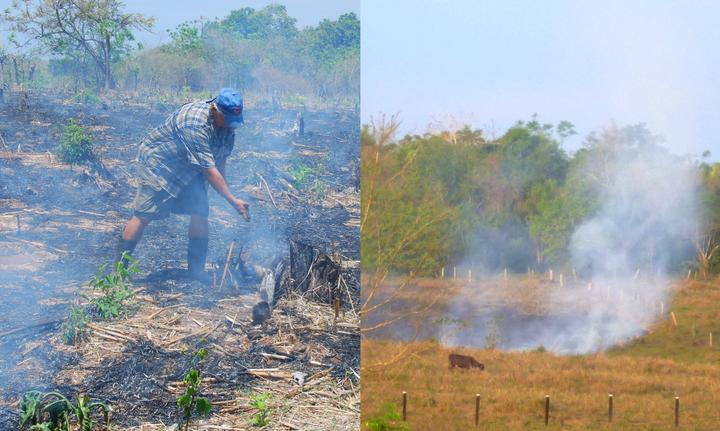 In my PhD dissertation, I worked with my advisor (Steve Pacala) and others in close collaboration with scientists at NOAA-GFDL with the aim of incorporating agricultural management fire into the LM3 dynamic global vegetation model. The redesigned LM3 fire module came to be called the Fire Including Natural and Agricultural Lands model (FINAL).

The first step was to actually quantify present-day agricultural management burning regimes. This is tricky to do, because while satellite-derived maps of burned area and cropland exist, pasture and rangeland cannot be distinguished from unused grassland and savanna. We developed a statistical method we referred to as “unpacking” that we first used to separate observed burning into agricultural and non-agricultural fire seasonality signals (Magi et al., 2012). Next, we extended the algorithm to consider cropland and pasture burning separately, and to estimate not just the seasonality of burning, but the actual influence of each of those land use types on burned area (Rabin et al., 2015). The latter would serve inputs to simulate agricultural fire in FINAL, making it the first global fire model to represent pasture management burning.

In parallel, I had begun development of FINAL by incorporating a version of the CLM burned area module (as described in Li et al., 2013) into LM3. This was to serve as our non-agricultural fire component, taking into account factors such as flammability, fuel load, and ignition density. Because the CLM module was developed not only for use with a different vegetation model, but also with pasture and non-agricultural burning grouped together, it needed to be redesigned to work in our new system. I accomplished this using a technique called the Levenberg-Marquardt algorithm, which adjusted a number of parameter values in the fire model using several dozen model runs and some very fancy math. This process and FINAL itself are described in Rabin et al. (2018).

I left Princeton in 2016, but FINAL still powers fire in LM3. Some improvements have been made since I left. Notably, the addition of multi-day burning and forest canopy spread have improved the mechanistic realism in biomes like boreal forests where those processes are important (Ward et al., 2018). 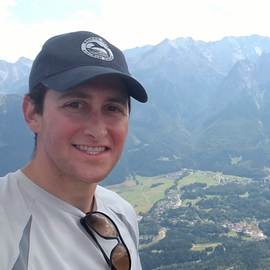 Sam is a postdoctoral researcher at the Karlsruhe Institute of Technology Institute of Meteorology and Climate Research / Atmospheric Environmental Research.

Globally, fires are a major source of carbon from the terrestrial biosphere to the atmosphere, occurring on a seasonal cycle and with substantial interannual variability. To understand past trends and variability in sources and sinks of terrestrial carbon, we need quantitative …
Daniel S Ward, Elena Shevliakova, Sergey Malyshev, Sam S. Rabin
PDF Project

A fire model with distinct crop, pasture, and non-agricultural burning: use of new data and a model-fitting algorithm for FINAL.1

In this dissertation, I explore the role that agricultural fire management plays in global patterns of vegetation fire and thus carbon cycling between ecosystems and the atmosphere. No estimates previously existed of the amount of fire associated with pasture and rangelands at …

The global extent of agriculture demands a thorough understanding of the ways it impacts the Earth system through the modification of both the physical and biological characteristics of the landscape as well as through emissions of greenhouse gases and aerosols. People use fire …
Sam S. Rabin, Brian I Magi, E Shevliakova, Stephen W Pacala
PDF Project

The timing and length of burning seasons in different parts of the world depend on climate, land-cover characteristics, and human activities. In this study, global burned area estimates are used in conjunction with global gridded distributions of agricultural land-cover types …